My BF & I were away in Europe (Amsterdam, Venice, Prague, Budapest & Vienna) for 2 weeks, hence the disappearance of posts, but Tramie's Kitchen is back! The cooking and baking has not yet begun since I've only been back for a few days & still nursing vacation withdrawal syndrome, so I bring you pictures of food that we've encountered, eaten, digested and in my case, heart-burn induced.

*Warning: some blurry-ness may occur, as these are vacation pics. LOL!

Over all, although I wouldn't call it a culinary delight, the food was good. Most of the time after a meal, I would have Alka Seltzer in my water as a digestive or chewing Tums like candies. There was a lot of meat: stews, sausages, slow-cooked, jam-packed in soups. And then there were fries and such as well. (We always had to have specific trips to the grocery stores to get vegetables and fruitsfor me, I cannot imagine how my life would be without greens...I seem to run into this problem a lot when I travel, almost everywhere except Vietnam)

So first of all.... WHAT IS THIS????? We kept seeing pictures of it everywhere outside of meat shops in Budapest & Vienna, and it really puzzled us. It looks like a pig with a sheep's wool, it's very odd!!!! 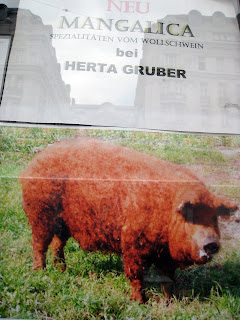 The mystery of the Shpig in Europe...

Venice display a lot of sweets that caught my attention. They were all very big size though, not what I remember of Venice 10 years ago. I wonder if that has anything to do with North America tourists.... Or again, it could just be me who didn't pay attention 10 years ago? 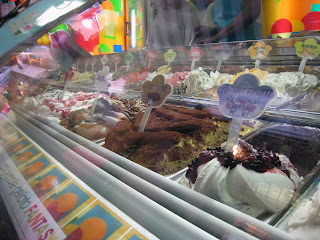 Gelato, one of my main food groups during this trip. I especially loved the yogurt for its perfect amount of tang. 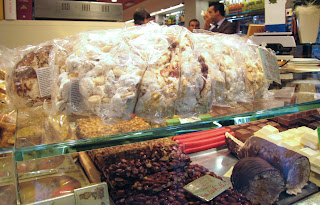 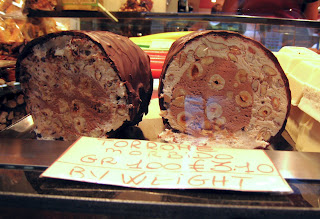 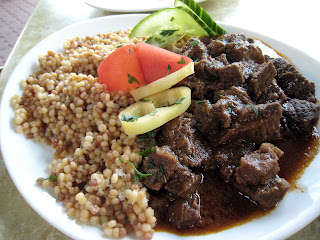 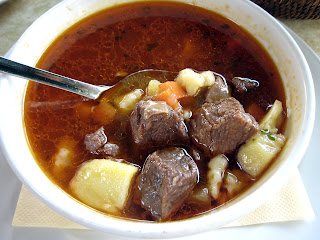 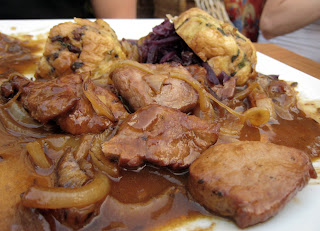 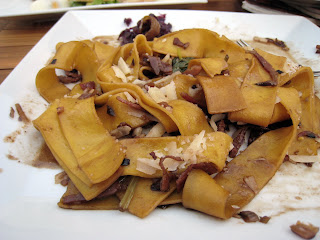 Pasta with speck and balsamic sauce 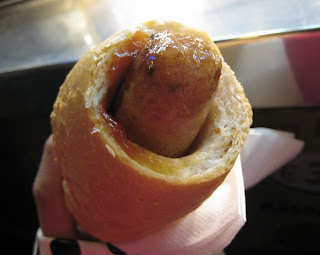 Sausage at a corner stand, after a Mozart symphony & opera concert. I love the concept: the bread is made like a tube, where the inside is hollow with only the top opened.They fill it with ketchup or mustard, then drop the sausage in. As you eat, nothing falls from the bottom! 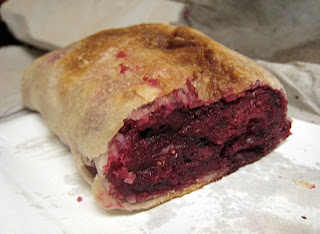 . The BEST sour cherry strudel, from a market in Budapest. It was the most perfect slightly chewy bites of plump sweets & sour cherries (chewy due to the oat in the mix, I believe) 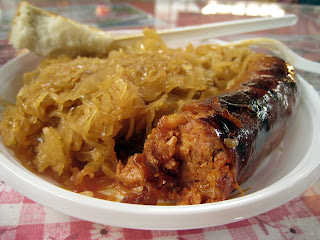 The BEST sauerkraut ever, again, from the market 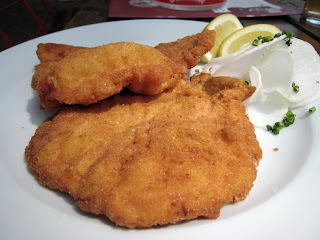 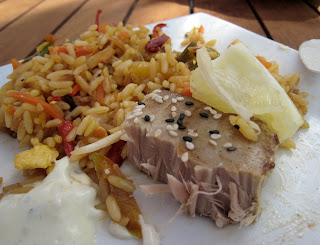 One of the best things that I ate, from the Australian stand at the International Film Fest in Vienna: grilled red tuna steak & rice with lots of veggies (as you can see, I forgot to take a picture BEFORE I ate it because I was so excited to plow through it) 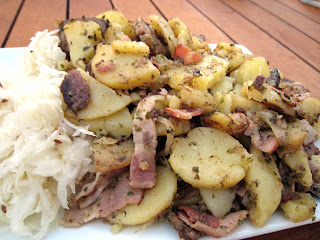 Obviously my BF opted for the "alpha male" dish: potatoes & speck with sauerkraut 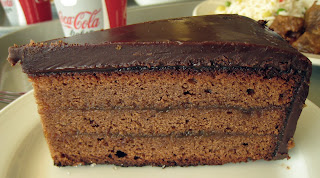 Sachertorte, tastes good but too dry

There are so many more I would like to post, but I will restrain myself. I saved you the best for last.

When I saw this, I was lost for words. All I could utter was: "Really? REALLY? OH COME ON!!!!" As I proceeded to take a picture while laughing hysterically, a mean-looking man whom I assume was the owner, was standing not so far from me, gave me the dirtiest look I've ever gotten. 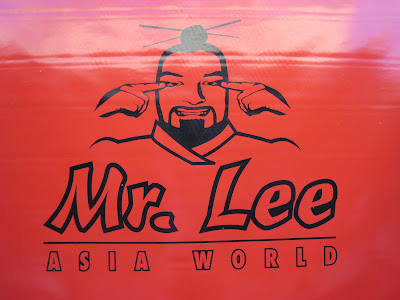